The Knicks have traded JR Smith and Iman Shumpert according to reports. A three-way deal with the Knicks, Thunder, and Cavaliers appears to involve some mix of Smith, Shumpert, Samuel Dalembert, Lou Amundson, Dion Waiters, Reggie Jackson, and probably more. More details to follow, but it appears that JR Smith (And his $7 Million player option for next year) is out of New York, and probably on his way to team up with LeBron, Love, and Kyrie in Cleveland. More recent reports have Shumpert (Who the Knicks were expected to lose as a free agent after this season) in the deal as well.  Reggie Jackson is now expected to go to the Knicks in the deal.  -Tommy Rothman

UPDATE: It is now unclear if Jackson is in the deal. However, Samuel Dalembert IS in the deal.

*Story will be updated*

I really wish we had  a GIF of Woodson’s face afterwards. 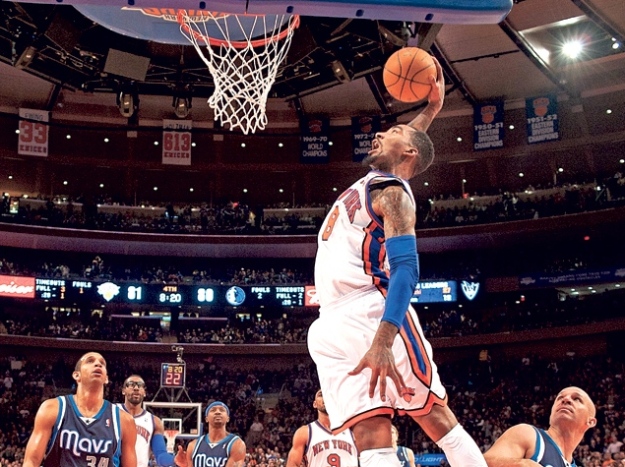 ESPN is reporting that 2013 NBA Sixth Man of the Year J.R. Smith will start for the Knicks tonight against the Atlanta Hawks.

This will be Smith’s second time starting a game for the Knicks: He started one game two seasons ago against the Bucks. 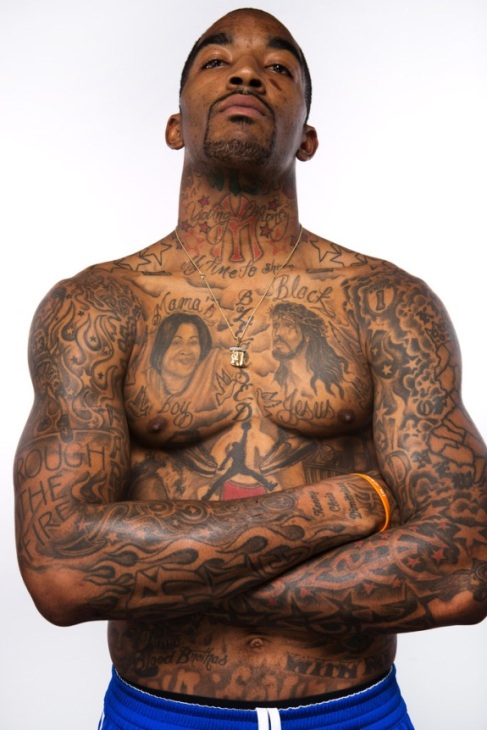 Well, we all saw it coming, right?

In the least surprising breaking story of all time, JR Smith has been suspended for failing THREE drug tests for recreational substances such as Marijuana. Smith’s was already in danger of missing the first few weeks of the season with a knee injury. His suspension will begin the first game he is physically able to play, so if he is ready to come back 2 weeks after opening day, he will have to wait an extra 5 games after that.

The Knicks recently gave Smith a new contract, and he has wasted no time in showing why the Knicks were able to get such a bargain on the mercurial Smith. One person who is not happy? The fictional Mike Woodson twitter account

This is another frustrating off-court setback for J.R, who has had disciplinary issues through his career.

I would say his celebration is pretty fitting 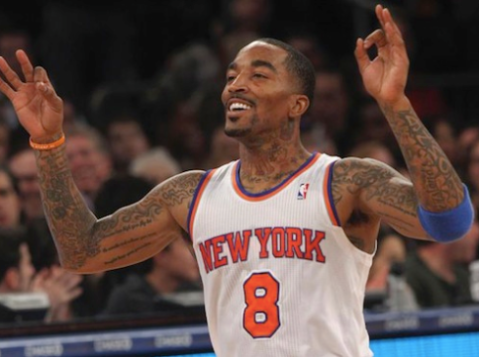 A couple days ago, I got a message from a fan by the name of Brian O’Grady who told me he was an avid fan of Knicks Shooting Guard JR Smith. After taking a look at Brian’s twitter (and his desperate attempts to get acknowledged by Smith), I felt a bit bad, because I knew the odds of J.R sending Brian a tweet were rather low. 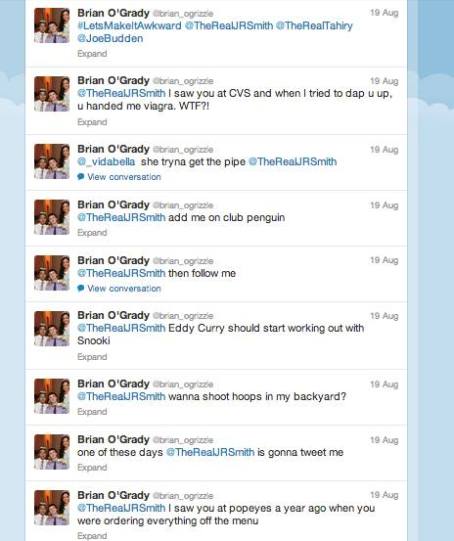 However, while Brian may have been facing an uphill battle in trying to get noticed by Smith, one of the things he tweeted struck me as rather true.

Brian was spot-on, but unfortunately, he is not an attractive woman of hispanic descent, and he is too big of a fan of Smith to insult the Knicks’ star Sixth Man.

But as Clyde Frazier would say, Brian “would not be denied”. Brian changed his twitter profile— the header, the picture, the bio, everything— and took on the role of a stunning young hispanic woman named “Marissa Prejano”. He (she?) then sent J.R a tweet, and Smith promptly responded.

Brian then changed his profile back, but the evidence of Smith’s tweet to “Marissa” remains 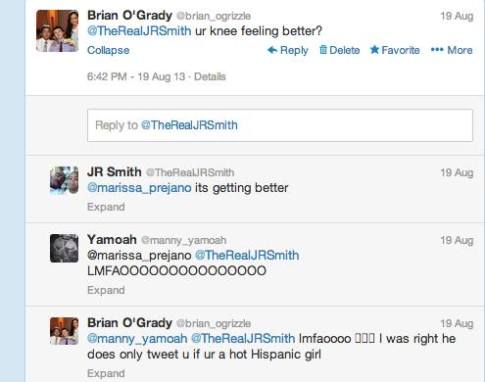 Well played, Brian. And as for you, Mr. Smith, I hear there is a certain Chargers Linebacker who wants to be your friend.

So in conclusion, if there is anyone out there who wants to have a chat with JR Smith, you better be prepared to “edit” some of your background info first.