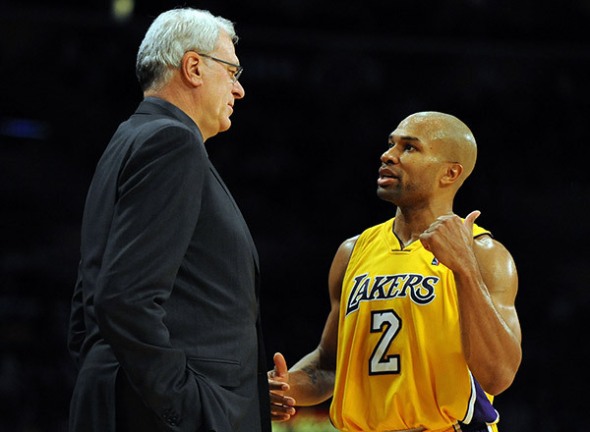 The Knicks have intensified their pursuit of 39 year-old Derek Fisher and are looking to hire him as their head coach this week. Fisher won 5 championships under Knicks President Phil Jackson during his playing career, the end of which he is expected to announce shortly. ESPN’s Marc Stein was the first to report the news on Fisher. Fisher is the all-time record holder in playoff games played and is considered a strong leader both on and off the court. Fisher served as the president of the NBA Players Association from 2006 to 2013.

Jackson has reportedly only shown interest in inexperienced coaches with whom he has a prior relationship, including Steve Kerr, who Jackson thought he had landed before the Golden State job opened up and Kerr took a deal with the Warriors. Fisher fits what Jackson is looking for: Smart, responsible, young (for a coach), a Jackson pupil, and somebody well-acquainted with Jackson’s “Triangle Offense”. Jackson reportedly plans on being very involved in the coaching of this year’s team even though he will not be taking the job for himself, so whichever coach Phil hires will certainly be running things the way the 13-time NBA champion wants them to be run.

I think Fisher would be a solid hire, and since he will be guided by arguably the greatest coach in the game’s history if he takes the job, the Knicks should have some newfound structure on the court this coming season. Everybody thought the Kerr deal was wrapped up, so there’s obviously no guarantee that Jackson will be able to reel Fisher in. But with New York’s main competition, the LA Lakers, reportedly dropping their pursuit of Fisher, expect the longtime point guard to be announced as the Knicks’ coach before too long.

According to reports, Steve Kerr met with Knicks President Phil Jackson on Friday and Saturday to discuss the Knicks’ open Head Coach position. The Knicks fired Mike Woodson and the rest of their coaching staff on Monday and Kerr, who won 3 titles as a player under Jackson in Chicago, is considered to be the frontrunner for the job.

Jackson wants to run the triangle, and Kerr certainly knows it. He also seems like a good basketball mind, and if Phil trusts him (which he does: Kerr had also been in line for a coaching job under Jackson in Seattle had Chris Hansen successfully managed to move the Kings there), then I trust him.

But the Knicks might want to be patient. There will be many coaches on the market this summer. Jeff Van Gundy, Stan Van Gundy, George Karl, Lionel Hollins, and others are all jobless. Mark Jackson and Frank Vogel might be next. The Knicks could try to somehow pry Tom Thibodeau from the Bulls. And who knows… with the Donald Sterling fiasco happening in LA right now, an apparently unhappy Doc Rivers might ask to be let out of his contract. From what Jackson said in his press conference a few days ago, it sound like he will take his time. Which he should.

But Kerr is the favorite right now, and now that he has met with Jackson in person to discuss the job, that might not change anytime soon. 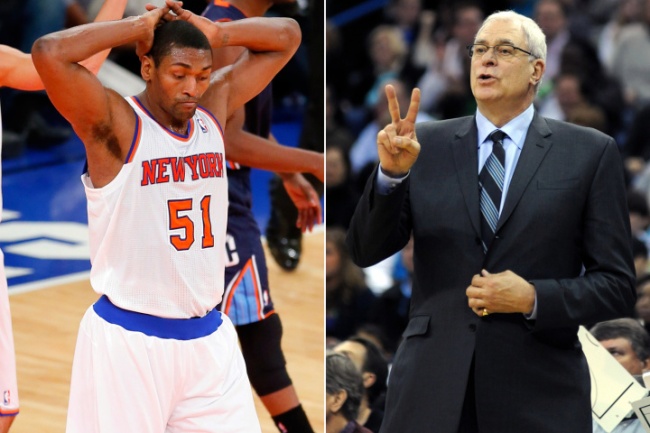 Metta World Peace, who played (or rather, rode Coach Woodson’s bench) for the Knicks earlier this season before asking for a buyout and being released, reportedly wants back in now that Phil Jackson is running the team. This story first caught some eyes when Metta told reporters he “absolutely” would NOT have accepted a buyout had he known that Jackson— with whom World Peace won a ring while playing for the Lakers— was coming on board. Today, CBS and the NY Post are reporting that sources close to Metta claim that he “abso-bleeping-lutely” wants another shot with the Knicks next season. Metta knows how to play defense, which means he could fill a need for this team. Jackson has specifically complained on the Knicks’ lack of perimeter defense and proper footwork. With Phil in and Mike Woodson almost certainly on the way out, this could be worth watching. 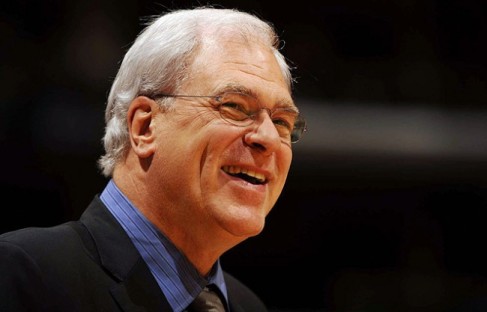 The Knicks and Phil Jackson finalized an agreement Friday that will make the legendary coach the team’s President of Basketball Operations, according to sources. With the team announcing that a “major press conference” has been scheduled for Tuesday morning immediately after the Jackson news broke, it isn’t too hard to guess what the Press Conference is about. 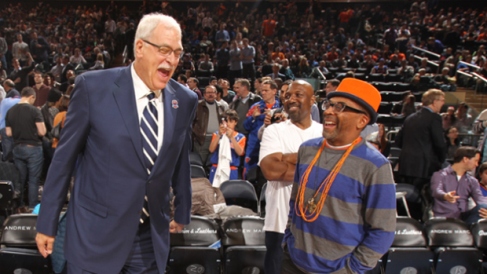 Earlier this week, we reported that Phil Jackson, who won 11 NBA championships as a coach with the Lakers and Bulls and 2 as a player with the Knicks, was leaning towards accepting James Dolan’s offer to become the Knicks’ President of Basketball Operations. Now, reports are leaking that the two sides have agreed in principle to a deal that would make Jackson the highest-paid executive in NBA history, and possibly net The Zen Master a minority ownership stake in the team. The details should become more clear in the coming days, but as things stand, it appears that Dolan has gotten his man.

ESPN is reporting that legendary coach and former Knick Phil Jackson is leaning towards accepting the position of President of Basketball Operations for the New York Knicks. Jackson, who won 2 championships as a player with the Knicks and 11 championships as the coach of the Bulls and Lakers, had reportedly met with the Knicks’ front office recently to discuss a return to the game. The Daily News had been reporting that Jackson was uninterested in coaching but willing to consider a front-office role. Jackson had reportedly expressed that his acceptance of the job would be largely conditional on Knicks Owner James Dolan’s willingness to give him major control of basketball decisions, and an assurance that Carmelo Anthony would re-sign with the team this summer. It is not known whether Jackson was given either of these things, and Stephen A. Smith’s reports should always be taken with a grain of salt, but with multiple outlets reporting recently that Jackson was seriously considering a return, it seems very possible that the “Zen Master” will indeed join the Knicks’ Front Office in the near future.