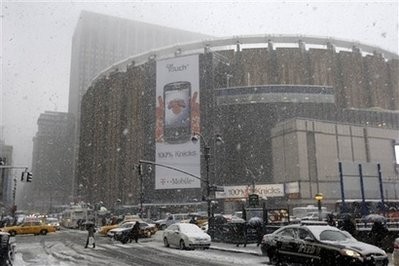 Monday’s Knicks-Kings game at Madison Square Garden has been cancelled due to an incoming blizzard. The news was announced earlier this afternoon, and is presumably driven by transportation concerns for fans, players, and employees attending the game. Brooklyn’s home game against Portland has also been cancelled.

The Knicks and Kings will play a make-up game on March 3rd at MSG. It remains to be seen whether the blizzard will affect the status of the Knicks-Thunder game this Wednesday.