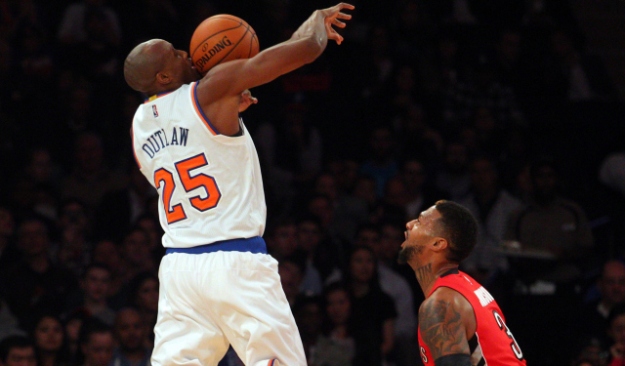 The Knicks have traded Travis Outlaw to the Philadelphia 76ers for Arnett Moultrie (who the Knicks released immediately after the trade). New York will also send over a 2019 2nd-round pick and the right to swap 2nd round picks in 2018. The trade makes room for Travis Wear on the Knicks’ NBA roster, and relieves New York of Outlaw’s $3 million salary while saving them another $4.7 million off of their luxury tax bill. The Sixers are expected to release Outlaw. -Tommy Rothman