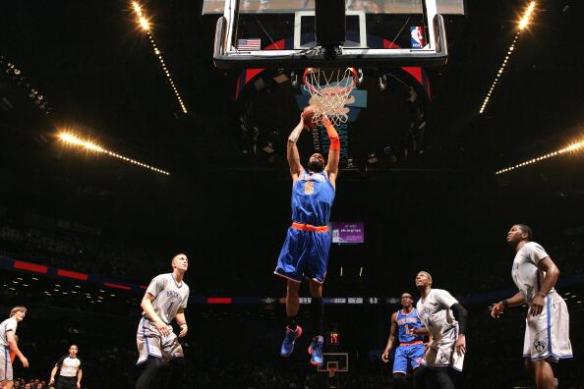 Carmelo Anthony sat this one out for New York, so the Knicks’ secondary scorers stepped up to carry the load. Tim Hardaway Junior led the team in scoring for the 2nd game in a row, with 16 points including 4 three-pointers. Amar’e Stoudemire, JR Smith, and Shannon Brown (not a typo) were next with 14 points apiece. Cole Aldrich (I’m serious, guys, I promise!) had 13 points  and 13 rebounds, and Iman Shumpert had 11 points and 3 steals (including one incredibly athletic deflection which has me convinced that he would be the Jets’ best cornerback).

Mike Woodson used this game to take a look at some players who haven’t seen many minutes, such as Brown, Aldrich, and youngsters Toure Murry and Jeremy Tyler. All four of them looked pretty solid. As a result, veterans Pablo Prigioni and Tyson Chandler only played 5 minutes tonight. Tyson spent the rest of the game practicing his clapping.

The Knicks won the season series 3-1 over the Nets. All 4 games were blowouts. While the Nets are headed to the playoffs and we are not, it’s nice to win the season series to get some personal, one-on-one bragging rights. The Knicks have now won 3 in a row, and will look to finish their season strong on Wednesday night against the Raptors at Madison Square Garden. Tickets can be purchased here 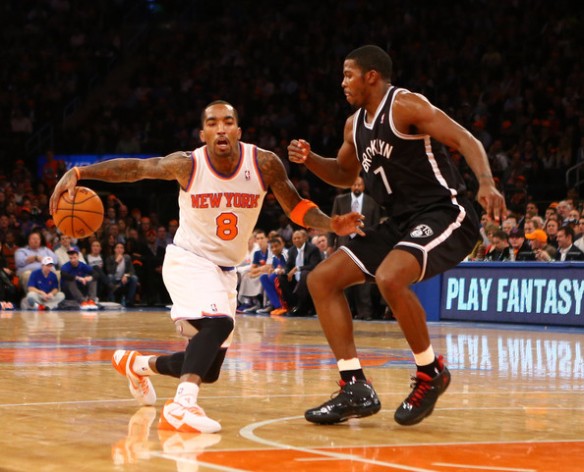 The Knicks have already been eliminated at this point, so one might view this game as meaningless. But with a win, we can clinch the season series over our crosstown rivals, which would be nice. And Brooklyn injured Carmelo Anthony (who will miss tonight’s game) in our last matchup, so maybe the Knicks can get chippy tonight and return the favor (I’m kidding. Kind of.).

Phil Jackson will certainly be watching this game on TV (or in person), so the Knicks still need to play hard to impress the new boss. Mike Woodson said that he planned on giving Toure Murry and Jeremy Tyler some minutes; let’s see if he sticks to that plan.

Again, the result doesn’t matter too much either way, but we definitely want to win the season series against the Nets, and a lot of players on this team are trying to show the front office what they can bring to the table in the future. So this isn’t a game that New York should just throw away.

Let’s see what the team can do tonight. And let’s see what plays Mike Woodson actually knows aside from Iso-Melo. 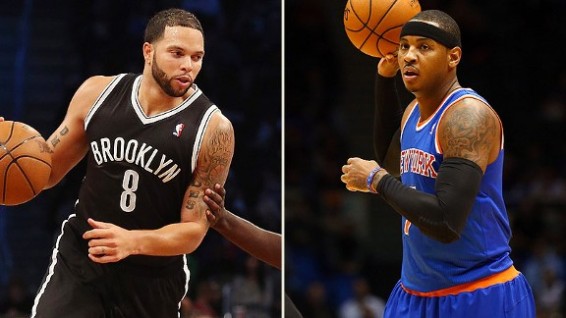 Tim Hardaway Jr (ankle) and Toure Murry (stomach bug / coach’s doghouse) were both questionable, but will apparently be in uniform tonight. Hardaway is expected to play, and Murry is expected to be available to play.

The Knicks really need this game. The Nets have been on fire these past few months, and are the favorite heading into this contest at the Garden. For the Knicks to win, they need to move the ball, stay focused, stay smart, knock down their shots, and play hard. Tyson Chandler needs to step up… his effort level has been wildly inconsistent and the Knicks need their $14 million dollar man to earn his paycheck tonight.

Note: I will be doing Pre-Game and Post-Game articles for every remaining game this season. 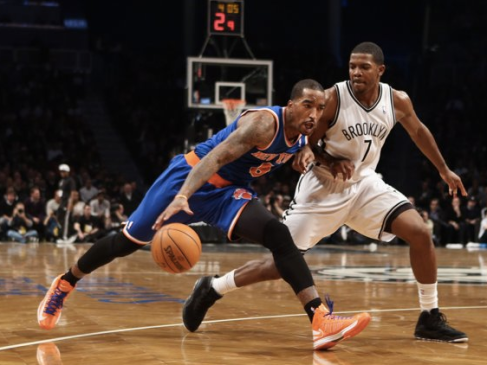 Through all the ups and downs of the first stages of this offseason, one thing is very apparent. The Nets are back, and Knicks should not be happy about it. After finishing second in the East behind the Heat last year and nearly making it to the Eastern Conference finals last season, the Knicks are being dangerously overlooked. CONTINUE READING… 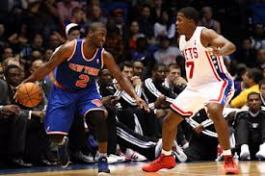 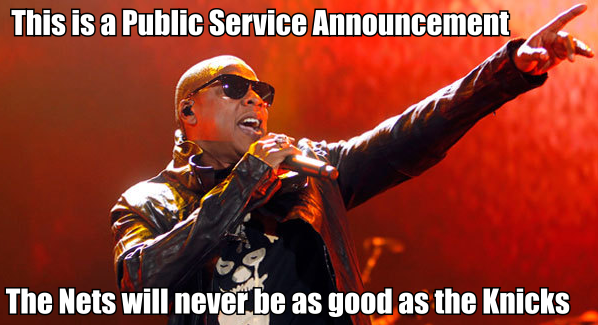 He knew the truth