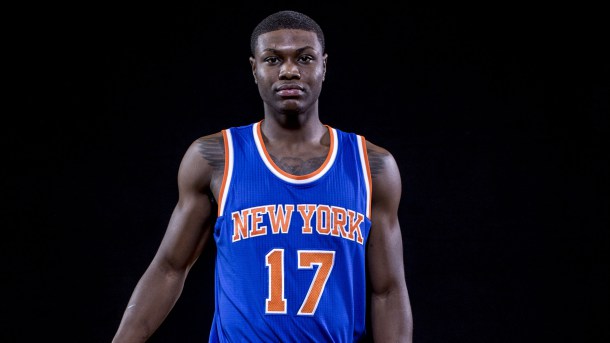 Knicks forward Cleanthony Early was shot outside a New York strip club on Wednesday morning following the team’s win over the Pistons on Tuesday night. Early, 24, is hospitalized in stable condition.

Early was reportedly in an Uber cab leaving the club when two vehicles boxed his car in and six men got out, demanding Early’s jewelry and, after he handed two gold chains over, shooting him in the right knee, which Early had surgery on last season.

Former Knick Chris Copeland was stabbed outside an NYC club in April. Early’s teammate Derrick Williams was reportedly robbed of $750,000 in jewelry earlier this month.

UPDATE: Early was released from the emergency unit and avoided major structural damage to his knee.