It was fun while it lasted, guys. But what does this mean for the Knicks, and the NBA as a whole?

1. The guys at NBA 2K are going to HATE Iman Shumpert. Last year, Shump revealed his fresh new hairstyle JUST after the guys over at 2K had finalized their game, meaning that the Shumpert seen in the video game would not look like Shumpert in real life. This year, they finally put Shump’s flat-top in the recently-released NBA 2K14, and now…. it’s gone. Expect to see Shumpert demoted to a 55 overall in the next roster update.

2. Shumpert is much more aerodynamic. The flat-top created a ton of air resistance. Expect this new, clean-shaven style to solidify the Knicks’ spot amongst the NBA’s elite. 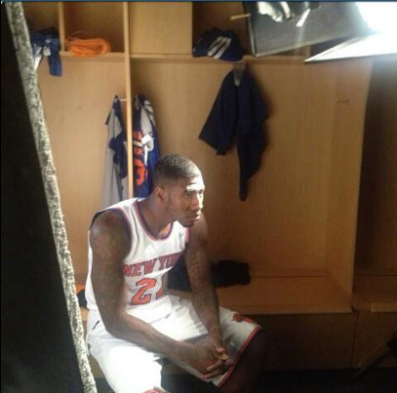