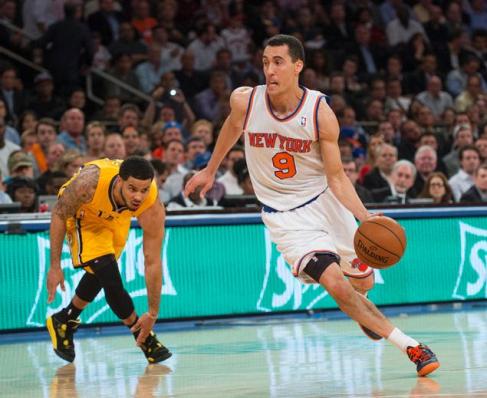 The New York Daily News is reporting that Pablo Prigioni has agreed to sign an extension with the Knicks. Prigioni will be given a 3-year contract, of which the first 2 are guaranteed. It is believed that Pablo will take a bit less than half of the Knicks mid-level exception, leaving them with about $1.7 Million left of their MLE. The Knicks would like to use this money to re-sign Chris Copeland, although the high-scoring forward will likely have offers elsewhere that will be too high to pass up. What we know for sure is that Pablo will be back with the Knicks. Exact terms of the deal should be released shortly. -Tommy