The Knicks and Kings reportedly agreed to a trade on Wednesday that will bring Quincy Acy to New York. The Knicks will also receive Travis Outlaw in the deal, while sending Jeremy Tyler’s non-guaranteed contract, Wayne Ellington, and a 2016 2nd-round pick to Sacramento.

The Knicks had reportedly been eager to move Ellington, who they had received in the Jose Calderon deal. They had considered trading Pablo Prigioni just to get rid of Ellington, but when this deal popped up, they decided it was a better option. Prigioni reportedly still might be traded, but the Knicks are not “desperate” to move him. It is unclear why the Knicks did not just cut Ellington, but they are in that gray area of the salary cap world where saving a couple million  dollars here and there can open up some pretty sneaky options for further roster-building.

However, the Knicks are not directly dumping salary here. Instead, they are using their overall financial advantage, and the Kings’ deficiency in that area, to help make a deal happen. The Kings are expected to waive Tyler, and possibly Ellington as well (using the stretch provision), so this might just be a case of the Kings looking to save a bit of money and open up some roster spots.

Acy, 23, is an undersized power forward who makes up for his 6’7, 230 pound frame with his hustle, intensity, and athleticism. Acy, who was part of the Rudy Gay trade last season, has great leaping and dunking abilities, is a good rebounder, and has a decent touch on his jumper. He is probably a more polished version of Tyler, although he might have a bit less upside. 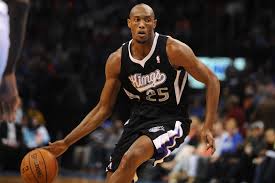 Outlaw, 29, signed a big contract with the Nets a few years back, which became a disaster after his game went into severe decline. Outlaw still has what it takes to be a pretty decent forward, but this is more of a “flier”, as Travis has to prove on the court that he can bounce back and regain some of his game.

I’m not sure what the exact reasoning for this trade is, but it seems like a pretty decent one. I’ll miss Tyler, giving up picks is annoying in general, and I had heard Ellington could shoot the ball, but I think we’re all really going to like Acy, who was a fan favorite back in Sacramento. And you never know about Outlaw. Let’s see if Phil Jackson has anything else planned.