With teams starting to fill out their rosters, here are the rumors surrounding the Knicks, as well as some news from the past few days

– When asked about Nate Robinson, Glen Grunwald said the Knicks are still exploring options at Point Guard. The Knicks have interest in Robinson. Nate also has interest in a return but the fact that the Knicks can only give him 1.4 million could prevent a deal from getting done.

– The Knicks worked out star Euroleague point guard Bobby Brown on Tuesday. He is an option for Knicks as a 3rd-string point guard.

– Grunwald says that talks with Kenyon Martin are going well, and it appears that the 2 sides could get a deal done soon.

– Stephen A Smith said (off the air) this morning that James Dolan wanted to trade Iman Shumpert, but it didn’t happen.

– The Knicks finalized a deal with Metta World Peace on Tuesday.

– JR Smith is expected to miss 3-4 months after having knee surgery on Monday. JR played and partied through knee pain all of last season, as he fought an injury he had suffered going into training camp last October.

– Samuel Dalembert, Aaron Brooks, and possibly even Tyrus Thomas are candidates for the remaining roster spots.

– Jeremy Tyler has impressed the team in Summer League play, and could be offered a contract.

– CJ Leslie signed a contract that will give him a roster spot for at least the first couple months of the season.

– JR Smith’s contract is not 4 years as originally reported, but 2 years with a player option for the 3rd year.

– Tim Hardaway will miss some Summer League action with a bruised wrist but the team is not concerned.

– JR’s brother Chris remains in contention for a roster spot, mostly due to nepotism. 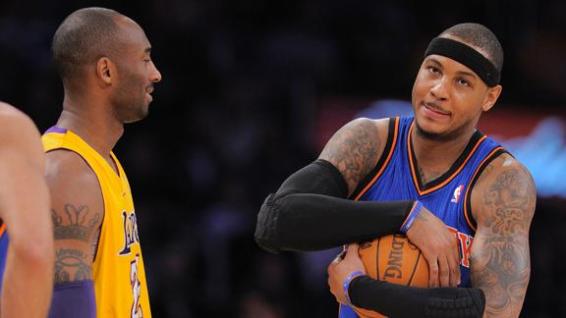 – The Lakers want Carmelo… and LeBron.

And the Knicks are still the best team in New York.