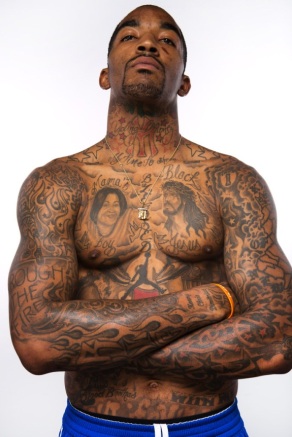 J.R. Smith uses his body to express his electric personality.

J.R. Smith is having a career year. Is he playing himself out of New York?

If you are a Knicks fan, you probably say this out loud at least four times a game. New York’s sixth man, J.R Smith, is an enigma. He is extremely talented and is one of the league’s best athletes, but he often has trouble harnessing his abilities and providing solid, consistent production. However, J.R changed something about his game after the All-Star break: he started attacking. Instead of settling for jump shots every time down the floor, Smith began using his quickness and ball-handling skills to get to the rim, resulting in easy baskets and trips to the free-throw line. Smith’s stats took a big jump, and he is now the leading candidate for the NBA’s Sixth Man of the Year. Perhaps not so coincidentally, this is Smith’s contract year. Can the Knicks keep their star sixth man? Let’s look at some of the facts to analyze Smith’s future.

So there you have it. I think Smith will stay, because I believe the reasons for him doing so (outlined above) outweigh the reasons he might leave. Smith turned down the chance to follow the money last year, and his relationships with the Knicks and their fans have grown stronger since then. I don’t think his improvement as a basketball player will change the outcome this time around.

UPDATE: JR Smith had a horrible playoffs in which he played with an injured knee and was almost useless after the first 3 games of round 1. He also reportedly was clubbing every night during the playoffs and running around with Rihanna, underscoring the inconsistency and irresponsibility discussed in this article. Smith hurt his stock in the playoffs, making it more likely the Knicks can keep him… if they want to (which they should).

DISCLAIMER: PREDICTING THE ACTIONS OF J.R SMITH IS ONE OF THE HARDEST THINGS IN THE WORLD OF BASKETBALL. TOMMY ROTHMAN AND NEW YORK KNICKS MEMES ARE IN NO WAY RESPONSIBLE FOR THE FUTURE ACTIONS OF J.R SMITH. NIETHER TOMMY ROTHMAN NOR NEW YORK KNICKS MEMES CAN BE HELD ACCOUNTABLE FOR ANY FINANCIAL DAMAGE CAUSED BY MISLEADING INFORMATION IN THIS ARTICLE. 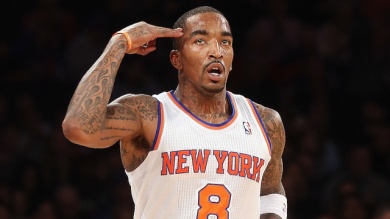 Will Smith stay or will he go? Let us know in the comments!

17 thoughts on “Can the Knicks Keep J.R Smith?”